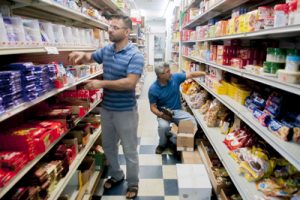 “I think the true test of the culture is seen in September at the International Festival when thousands of people come together,” Kantosky said of the annual event at Circus Square Park.” – Chris Kantosky, chief operating officer Bowling Green International Center of Kentucky. (bgdailynews.com)

The above quote was mentioned in a July 2 Bowling Green Daily News article entitled “Some worry about consequences of less immigration”. That day’s paper also featured a piece called “Immigrants have a major impact on local economy”. Both articles were by reporter Wes Swietek and contained interesting details relating to our local foreign-born population.

The former article reports that according to the U.S. Census Bureau, Bowling Green now counts 14.3% of its population as foreign-born or 8,587 residents compared to 53,000 which are native-born. The recent growth has been rapid, increasing by 96% between 2000 and 2015.

The latter article asserts that “Kentucky’s 2nd Congressional District, which includes Warren County, had about 28,000 immigrant residents with $379.7 million in spending power. The immigrants paid $130 million in state and federal taxes in 2014, according to the report.” It also states that immigrants are 6.6 percent more likely to become entrepreneurs than their native-born counterparts and there are currently 758 immigrant entrepreneurs in the district. The foreign-born population makes up 13.5 percent of our local workforce.

To read the articles visit the links below: