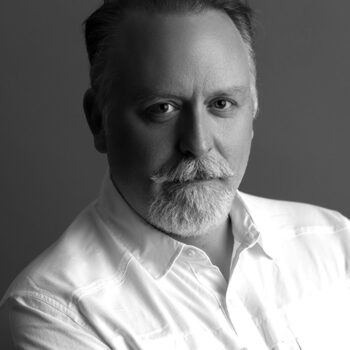 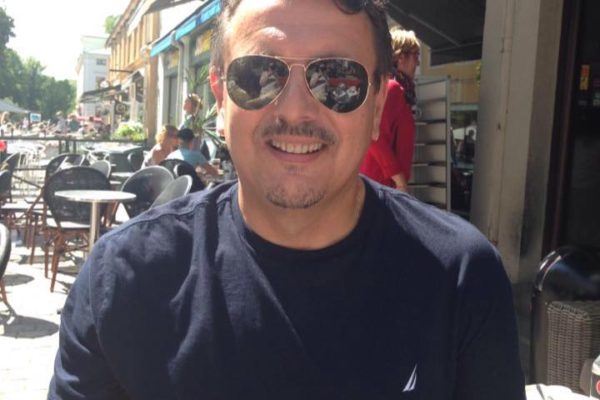 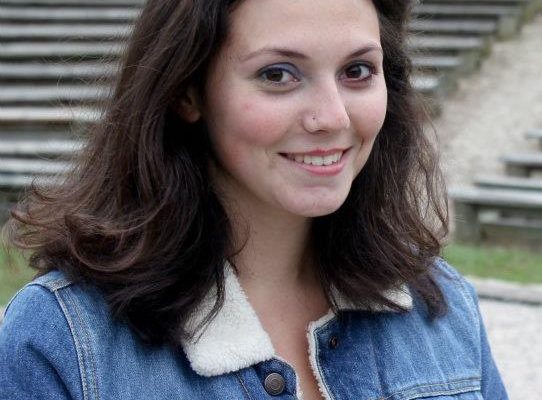 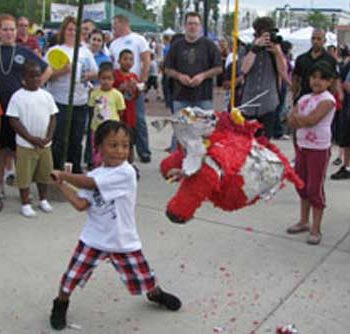 Every hour on the hour kids can line up to burst a handmade piñata by local artist Ronnie Jaggers. 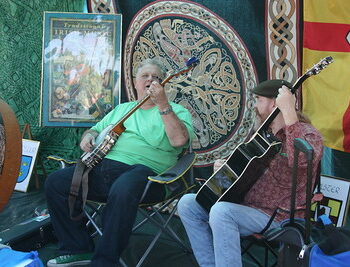 Look for various musicians from our Celtic groups to jam throughout the day. The area also features karaoke, darts and more. 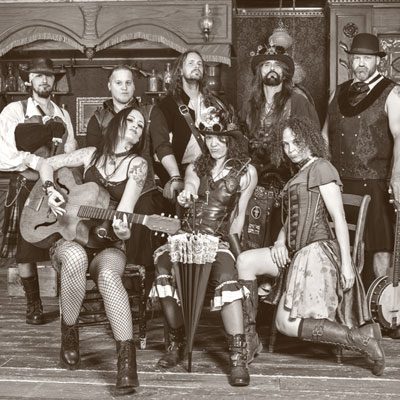 Celtic, tribal, Gypsy rock with an Appalachian steampunk edge. Their rhythmic groove and interaction naturally inspires audience participation, a staple of their performances. They mesh the traditional music of Scotland and Ireland with their own bold blend of mainstream rock, mountain drumming and Appalachian blues to produce a truly unique sound with universal appeal! 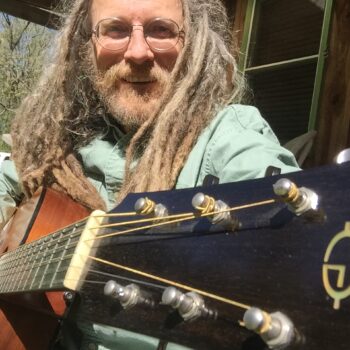 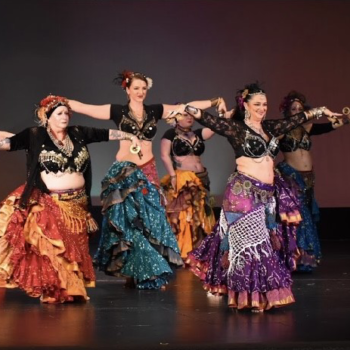 Tula Tribe Belly Dance is a FatChance Style® dance troupe based in Nashville, Tennessee founded on the sacred tenets of promoting the creative arts, freedom of expression, feminine self-empowerment, community support and Love. Our members and students are from all walks of life with no regard to age or body size.

We are certified teachers and performers of an American style of belly dance created by Carolena Nericcio in San Francisco in the 1980’s. While FatChance Style® is an American interpretation of belly dance our art is inspired by Egyptian, Folkloric, Classic Indian & Spanish Flamenco movements, all performed using improvisational lead and following in group formations. 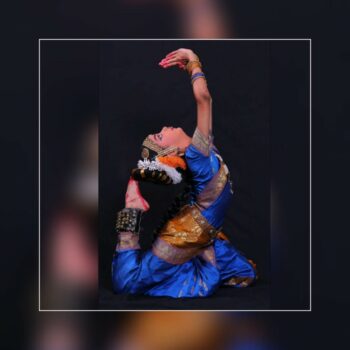 Kuchipudi is a dance-drama performance from India, with its roots in the ancient Hindu Sanskrit text of Natya Shastra. It developed as a religious art linked to traveling bards, temples and spiritual beliefs, like all major classical dances of India. Evidence of Kuchipudi’s existence in an older version are found in copper inscriptions of the 10th century, and by the 15th century in texts such as the Machupalli Kaifat.Kuchipudi tradition holds that Tirtha Narayana Yati – a sanyassin of Advaita Vedanta persuasion, and his disciple, an orphan named Siddhendra Yogi, founded and systematized the modern version of Kuchipudi in the 17th century. Kuchipudi largely developed as a Hindu god Krishna-oriented Vaishnavism tradition, and it is known by the name of Bhagavata Mela in Thanjavur. The traditional Kuchipudi was performed by all males troupe. A dancer in a male role would be in Agnivastra, also known as Bagalbandi, wear a dhoti (a single pleated piece of cloth hanging down from the waist). A dancer in a female role would wear a Sari with light makeup.

Khuallam: A dance for the guests and Ekhai Hlim Rawh u: A dance of encouragement and happiness for the youth. 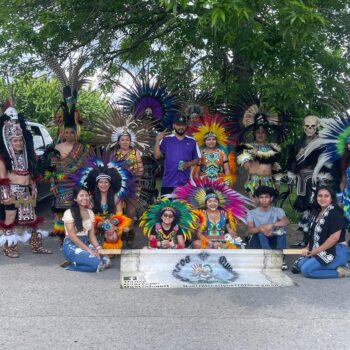 Danza Guerreros Quetzalcoatl from Nashville is a traditional Aztec dance group, we represent our beautiful Mexican culture. We make our own music using a drum. Our beautiful regalia (outfits) is full of wonderful colors, our headpiece is a work of art. Each of our members spend about 3 hours placing each individual feather to create them. 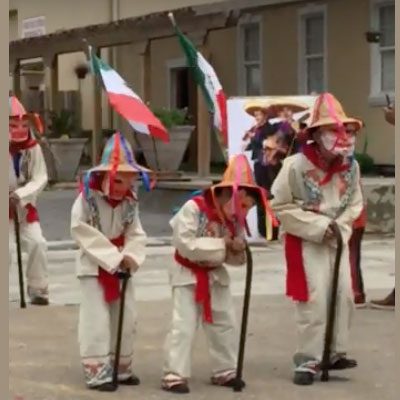 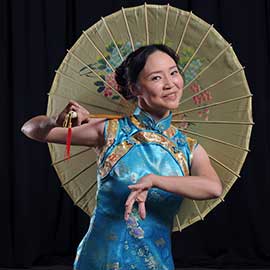 From props and costumes to signature moves and cultural personalities, the various styles of Chinese cultural dances exhibit wonderfully distinct qualities of the Chinese people. Kentucky Chinese Dance Troupe presents the audience with authentic Chinese dances, performed with beautiful costumes, colorful props, and festive Chinese music.
Cheryl Pan, the troupe’s art director, is an experienced dance artist and teacher. Her talent and expertise in Chinese dances are well respected and widely recognized by many individuals and organizations. Performances by Ms. Pan and her students have been sought after by organizers of many events and festivals. She specializes in teaching different Chinese ethnic dances, some of which are not easily seen in the United States, such as Tujia, Zhuang and Qiang dances. She is a master of over 20 styles of ethnic dances, representing not only the majority Chinese Han people but also minority groups such as Tibetan, Mongolian, Uygur, Korean, Dai, Yi, Bai and Miao people. The troupe has won high praise for traditional Chinese dances such as the Fan Dance, Ribbon Dance, Double Ring Dance, Umbrella Dance, Flower Ball Dance, Lantern Dance, Bamboo Dance, Hat Dance, Scarf Dance, Bell and Drum Dance. 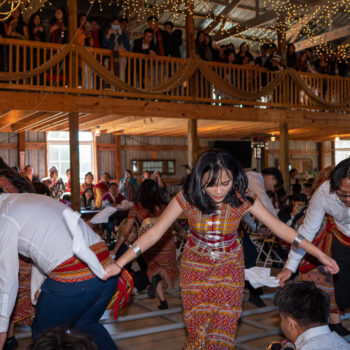 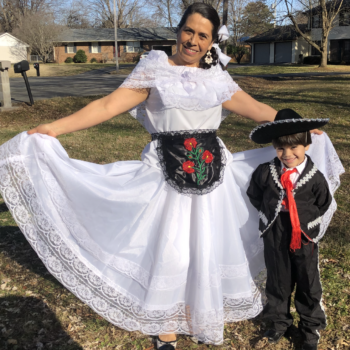 Barrenhart plays a mix of classic celtic tunes and Appalachian bluegrass in a fusion that we call Celtic Grass. The band consists of Masako Jeffers on fiddle, Greg Cutcliff on bass , bagpipes, and vocals, and David Foster on guitar and vocals. Mandolinists Hazel Johnson is the remaining long time member of the band, however, for health reasons we will have Nashville mandolinist/fiddler Holly Odell sitting in with us for this show. We will be playing a mix of tunes from our Celtic Grass album release as well as other traditional Scottish and Irish tunes. 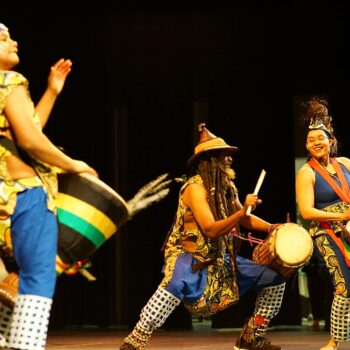 Sankofa African Drum and Dance Company is a Tennessee based performing arts company whose mission is to rally communities around the beat of the drum to unify, heal and inspire.

The symbol of Sankofa is that of a bird whose head is faced in the opposite direction of its body. Even though the bird is advancing, it periodically makes it a point to examine or return to its past, since this is the only way for one to have a better future.

In addition to self-producing an annual Kwanzaa concert (since 2013) to sold-out crowds each year; Sankofa performs throughout the City of Nashville and the surrounding area frequently, at festivals, schools, community events and private events. They also host weekly community classes for adults and children in Nashville.

Sankofa is firmly rooted in educating and cultivating an appreciation for African culture and music. Sankofa understands the power of Unity and utilizes the medium of African Drum and Dance to tear down barriers that tend to divide communities. Sankofa believes that a community that drums and dances together stays together. 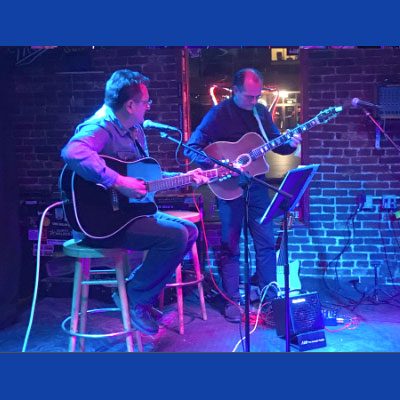 A mix of traditional Bosnian sevdah songs as well as gypsy and folk music from the Balkin region. Instruments include guitar, prim, veillette and gryphone. 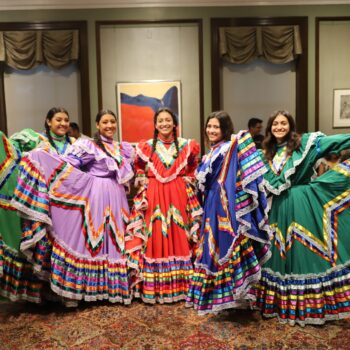 Las Damas have been a performing and practicing traditional Mexican dances for over 6 years. Their goal is to showcase their culture and keep the tradition alive, while having fun as a team and learning new dances. 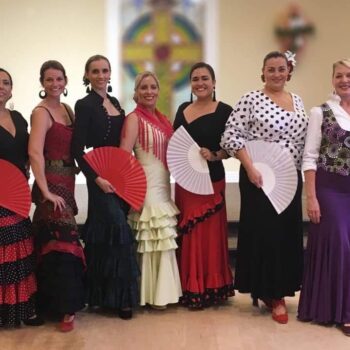 Academy of Flamenco Arts is a dance organization located in Louisville (KY) that offers flamenco classes for different levels to all ages. The Academy of Flamenco Arts prides itself in its vast diversity, with expertise from Argentina, Venezuela, Cuba, Peru and other parts of the world bringing authentic flamenco style to the academy from each respective country. In addition to classes, it also provides opportunities to perform in the community with events and festivals like Bowling Green to more intimate settings including restaurants and cafes. 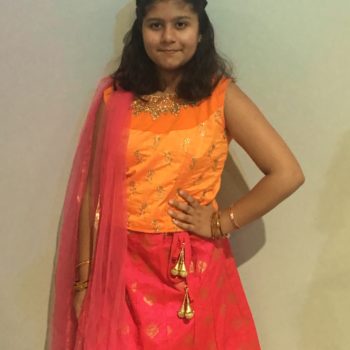 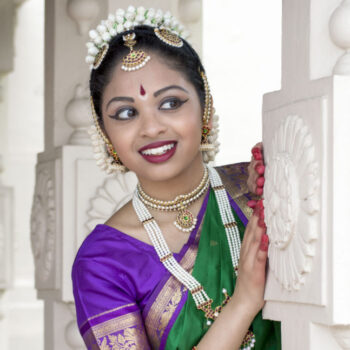 Rachana Pasupuleti was 8 years old when she began peforming at the Bowling Green International Festival in 2009. She has studied Bharatnatyam, a Classical form of Indian Dance since she was three years old.

Bharatanatyam is one of the most ancient and exquisite dance forms in the World. It is one of the seven major classical dance forms of India and the most widely known. It is the classical dance style native to southern India, particularly the state of Tamil Nadu. Bharatanatyam is a sublime artistic experience both for the performer and the audience. In addition to being an exquisite dance form, Bharatanatyam teaches concentration, physical and mental discipline and is an excellent physical activity for all ages. 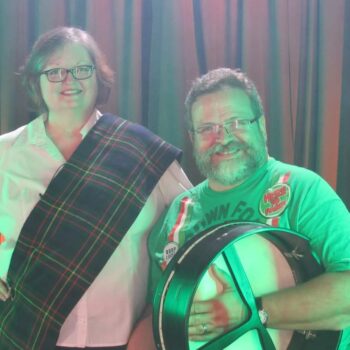 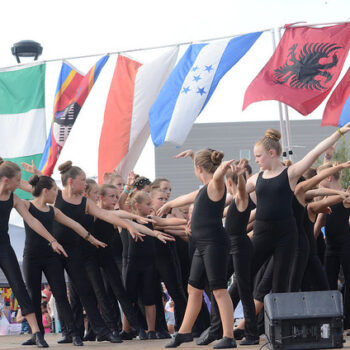 Four routines that all exemplify different styles of ballroom dance. We want to represent the great influence that Latin America has had on the world of dance. Each routine is a compilation of salsa, cha cha, and mambo dance moves. 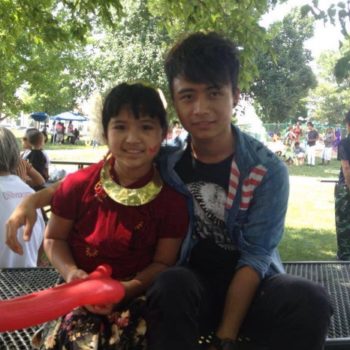 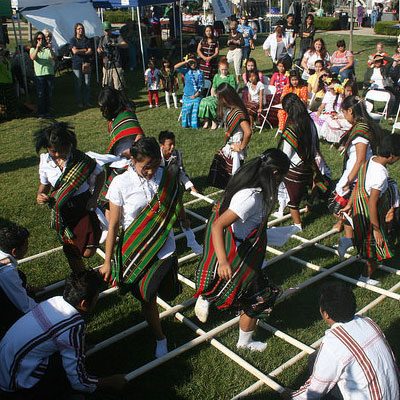 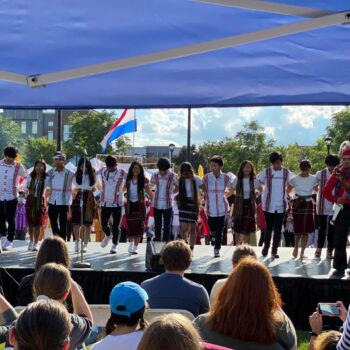 This show demonstrates the joyful culture of Peru through emblematic traditional rythms, “Marinera Norteña” and “Festejo”, which are performanced by a peruvian dancer. Having performed in many Peruvian festivals since she was 14 years old, she learned the varied folklore music from her home-country. Now this dancer continues expressing her love towards her culture by showing it to others, dancing wherever she goes.

Taekwondo demonstration of kicks, self-defense, weapons and board breaking.